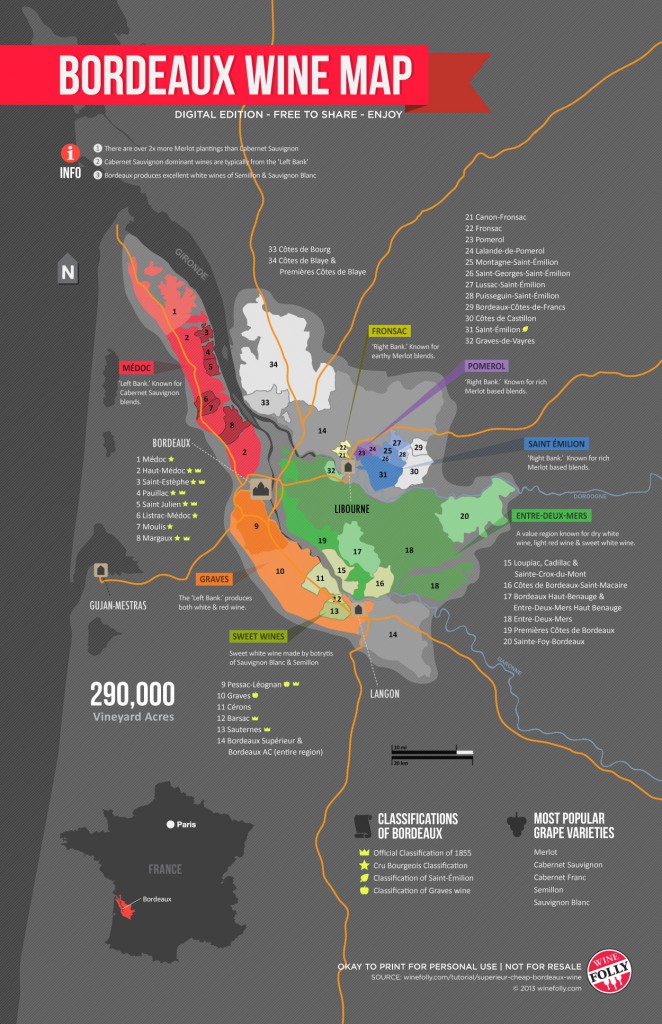 Southern France’s aristocratic and intriguing Bordeaux is arguably the centre of the vinous universe when it comes to the great wines of the world. At first glance, it can appear somewhat confusing, so let’s start with a few key tips that’ll make you into an expert in no time at all.

There are five red grape varieties in Bordeaux: Cabernet Sauvignon, Cabernet Franc, Merlot, Petit Verdot and Malbec. The white wines of Bordeaux are made from Sauvignon Blanc and Semillon grapes, and unlike most New Zealand Sauvignon Blancs, they are aged in oak. Bordeaux’ sweet wines are fashioned from the same grape varieties as the white wines, and are some of the finest in the world.

The Bordeaux region is divided into two parts: the left (western) bank of the river Garonne and north of the city, and the right (eastern) bank of the river and south of the city. Wines made on the left bank are predominantly Cabernet-based, while those on the right favour Merlot.  While the labels don’t show you the varieties, on the right bank, or Merlot side, there are only two villages, Saint-Émilion and Pomerol, meaning everything else is on the left side and Cabernet-based. Well-known villages on the left bank include Margaux, Saint-Estèphe and Pauillac. So with a general understanding of the varieties, the banks and the villages, the next step is the vintages.

The top producers make outstanding wines year in, year out, with the great vintages requiring a good portion of your lifetime in the cellar. The tougher vintages are usually earlier drinking. We have been blessed with a number of outstanding vintages on our shelves of late. In the trade, 2009 was unanimously referred to as the greatest vintage ever. While that’s a big call, the 2009 wines have no difficulty in pulling themselves up to those lofty heights, and the vintage delivered from the very top down to the entry-level.  2010 then came along, and the Bordelaise again declared it one of the region’s greatest vintages, making the 2009 and 2010 pairing one of the finest on record. 2010, like 2009, had no trouble living up to its reputation. The 2009 is the more opulent of the pair, with 2010 displaying more acidity, drive and lift to the wines. Both are exceptional.

2011, then, was always going to have big shoes to fill. The weather was not quite as kind, though still very good. The important difference with the 2011 wines is that they don’t require the same amount of time to develop in the bottle; the wines are instantly approachable, floral and generally rather attractive. Given a market well stocked with the 2009 and 2010 wines by the time the 2012 came along, as with the 2011, it was always going to be a tough act to follow. The 2012 wines are round and generous, not as fragrant as the 2011 and with a little more structure. 2013 is one of those vintages we prefer not to talk about: challenging, to say the least. While those producers with the spare-no-expense resources will have, nonetheless, once again delivered, the consistency is not there over the whole spectrum of Bordeaux’ wines. Happily, 2014 was a breath of fresh air and rather gorgeous; while perhaps no 2009 or 2010, it’s not all that far off.

Quality in Bordeaux was first defined with a classification system requested by a cousin of Napolean III for the 1855 Exposition Universelle, an early World’s Fair held in Paris. The wines were ranked from first growth through to fifth growth, dependent on their quality and market price at the time. This classification focused on the left bank, or the Cabernet-based wines. This classification still stands, with just three changes since 1855, the most significant being the elevation of Château Mouton Rothschild from second growth to first growth in 1973. 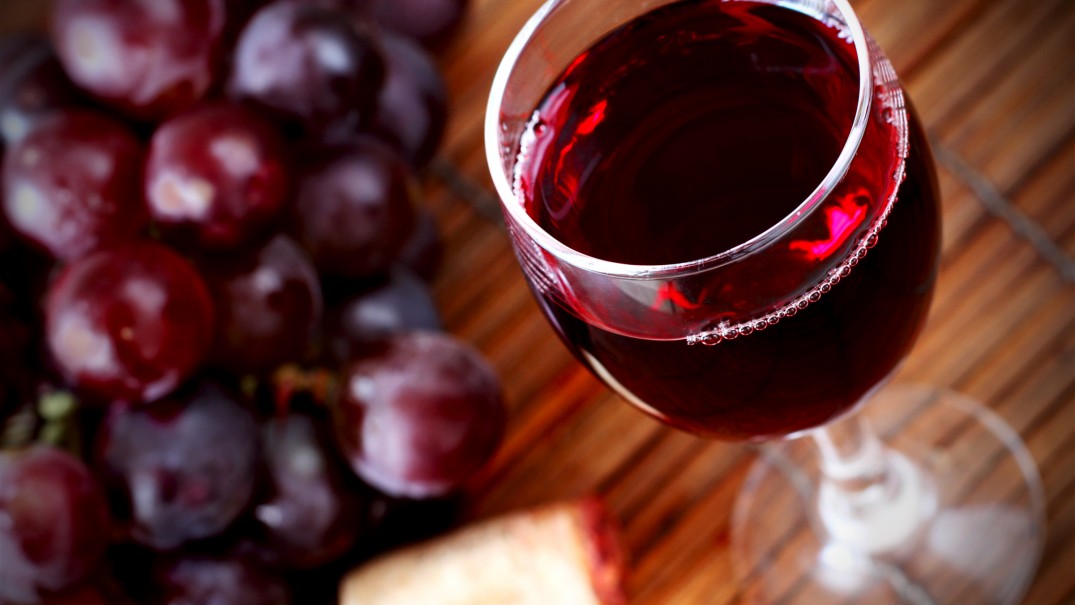 View More
Change for the better or for the sake of change?
Previous 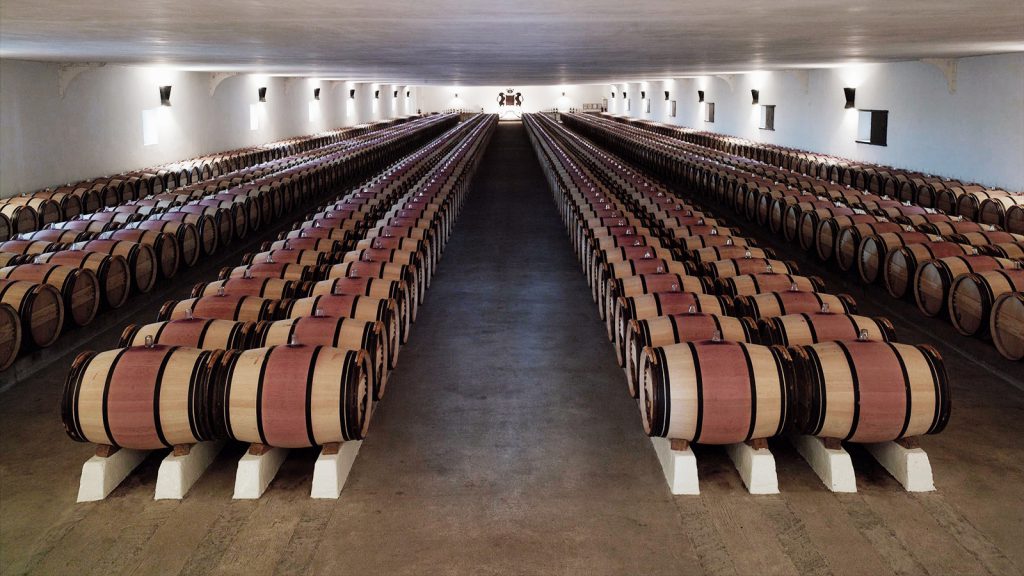