Have you ever been sitting at home, enjoying a nice glass of $50 brandy around the ol’ fan heater, and thought to yourself “I wonder what this would taste like… if it was 100x more expensive…?” Well, no, you probably haven’t.  So, we thought we’d do the hard work for you over the past few months, tasting our way through three of the world’s most expensive Cognacs. Averaging at an eye-watering $5,000 a bottle, these are the best of the best, the creme de la creme, the ultimate way to spend your student loan!

We started with the L’OR de Jean Martell. The bottle itself is outrageous, its precious cargo encased in a suspended teardrop decanter. It contains over 400 extremely rare eaux-de-vie (literally “water of life”, the different distillates that make up the blend), some of which are over a century old. In fact, the oldest in the blend dates back to 1830! That’s not a typo. I can’t even remember what I was doing 188 years ago. Martell is the oldest of the big Houses in the region, which recently celebrated Its 300th anniversary.  L’OR is like drinking a super-rich toffee candy. It’s very round, and ridiculously smooth, with surprising sweetness. This is absurdly easy to drink: in fact, we finished the bottle in around 15 minutes. What happens in Macau, stays in Macau.

Next up was the majestic Richard Hennessy. They are the largest Cognac producer in the world, with their 50 million bottle production being more than 40% of the entire region. Any self-respecting rapper has to have mentioned drinking Hennessy in their lyrics at least once. Apparently former North Korean Leader Kim Jong-il loved Hennessy Paradis so much that he spent over a million dollars a year on it! He was obviously too cheap to step up to the Richard. This is named after the Irish military officer Richard Hennessy, who established this Cognac empire in 1765 after fighting for Louis XV.

This timeless blend was first made by cellar master Yann Fillioux in 1996, bottled in Baccarat crystal. He selected 100 eau-de-vie, aged from 40 to 200 years old, made by all the generations of his family who had been Hennessy master blenders before him.  That’s some legacy! The style of Richard is old school complexity, it’s dark heavy and very powerful. I’ve been lucky enough to drink this many times, and I always feel like it needs a large cigar, while sinking into the well-worn leather armchair at a gentleman’s club in Mayfair.

Finally, we have the LOUIS XIII de Remy Martin. This is the original Prestige Cognac that the other houses still hold up as the pinnacle. It is one of the finest spirits ever made. This will make you feel like a million dollars, which is handy, since that’s what you’d need to be able to afford it in the first place. The name is tribute to the French Monarch who reigned when the Remy Martin family first settled in the region in the 1620s. LOUIS XIII has been the world’s greatest Cognac since its first shipment in 1874.  The bottle has remained unchanged over that time, a mouth-blown crystal recreation of a small metal flask recovered from the site of the Battle of Jarnac in 1569. Each decanter requires the patient dedication and synchronization of 11 master craftsman to produce this work of art.

LOUIS XIII has been drunk at many of the milestones throughout the 20th Century, what you are drinking is liquid history. It takes at least 4 generations of Cellar Masters to create each blend. Made up of an incredible 1,200 different eau-de-vie that are 100% sourced from Grand Champagne, the finest cru in the heart of the area. They are then aged for over a century in extremely fragile 100-150-year-old barrels called Tiercons. These are thin walled casks of French Limousin Oak, originally designed to carry Cognac on horse drawn carts three at a time, hence the name.  Louis XIII does not impress with its richness or power, but rather its incredible balance, finesse, and complexity. It delivers an unbelievable range of flavours with precision and elegance. For me this is the perfect spirit that any Cognac lover needs to try once in their life. Preferably around a cosy fireplace rather than the heater. 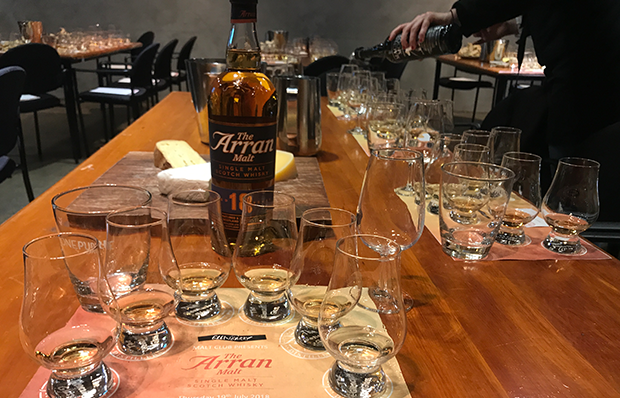