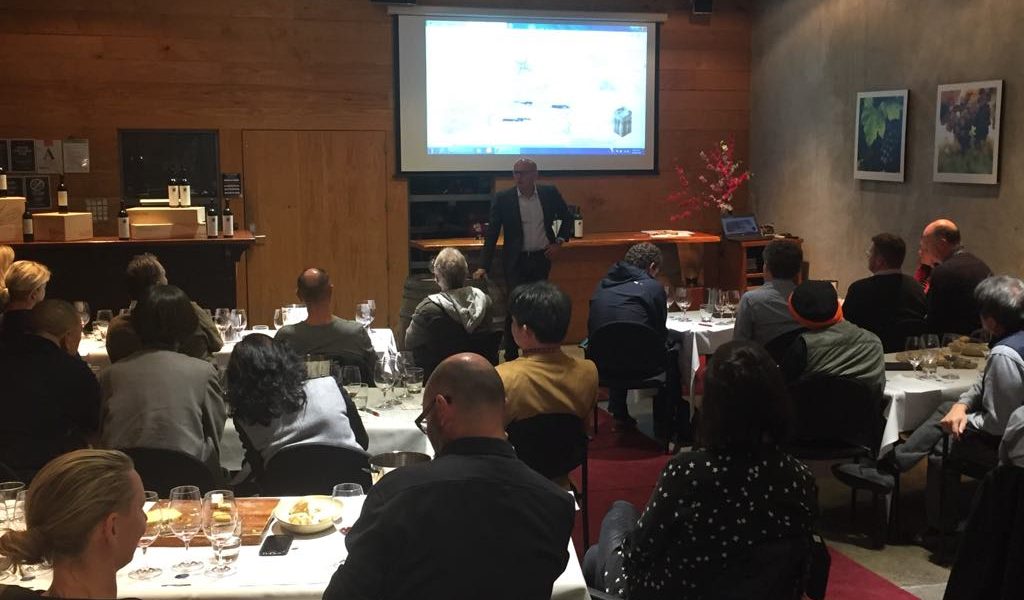 Monday was all about OPUS ONE, The first ultra-premium American cult wine.  OPUS ONE was the superlative creation of two of the wine world’s greatest personalities in 1979. Chateau Mouton Rothschild’s Baron Phillipe de Rothschild, and American wine pioneer Robert Mondavi. Their goal was to create a world class Bordeaux blend of 1st growth quality, based around Napa Valley Cabernet Sauvignon. This is a grand collision of Old World and New World styles, from the fashioning of the incredible winery through to the masterful wine itself. This very special vertical tasting was presented by their Vice President of International Marketing Laurent Delassus, who came direct from Bordeaux. Opus One has an office based there as the majority of their sales are now outside the USA. These are done directly through the Bordeaux negociant system to ensure that the wine can reach as many markets and wine lovers as possible. We started with Overture by OPUUS ONE. This wine was only available at the cellar door up until 2014. It is a special second wine that only makes up 10-15% of the production. Designed to be an Opus ready to drink upon release and to provide maximum drinking pleasure, this is a multi-vintage wine. It is made up from usually three of the more recent vintages that have spent longer in wood to soften them. Absolutely delicious and a much more affordable look at the Opus style. We then embarked upon 5 vintages of OPUS ONE itself, an incredible line-up given the price of these wines.  Working from oldest to youngest we tasted 2005, 2010, 2013, 2014 and the 2015 which has just been released this month. The 2005 is a lovely wine and ready to start drinking, with lots of secondary complexity coming through.  2010 was a very challenging vintage in the region, but you wouldn’t know it from the superb quality of this wine. Although only 3 years older, the 2013 is a very young wine, Laurent remarked that it is perhaps the greatest ever made at the estate, a perfectly balanced example. 2014 and 2015 are also great examples that will require lots of time in the cellar. The style of Opus is like a more refined and elegant version of other top Napa Cabernets, they pick on average two weeks earlier than their neighbours to maintain freshness. If you were comparing it to Bordeaux, it’s a more exuberant version of Mouton Rothschild. Whichever way you look at it, this is one of the world’s great wines that deserves to be tasted by every wine lover.. 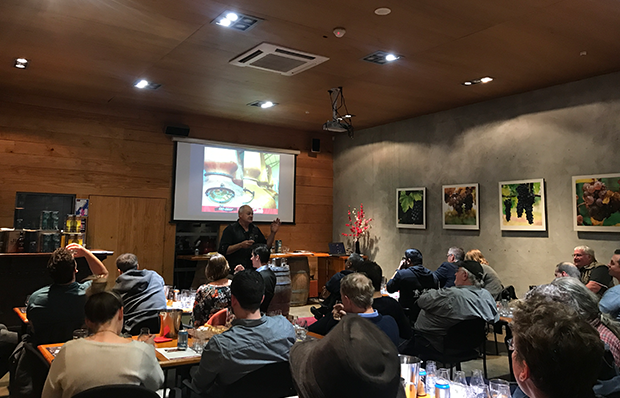 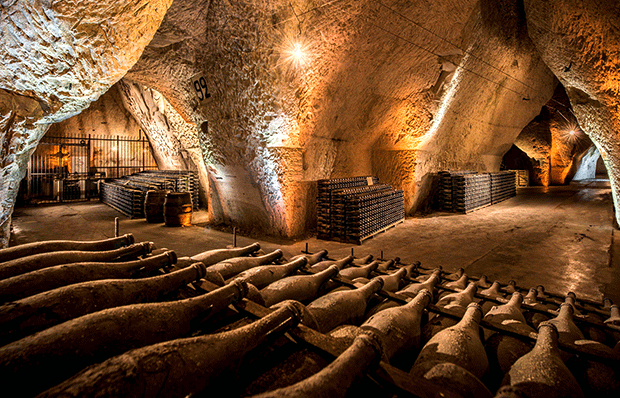