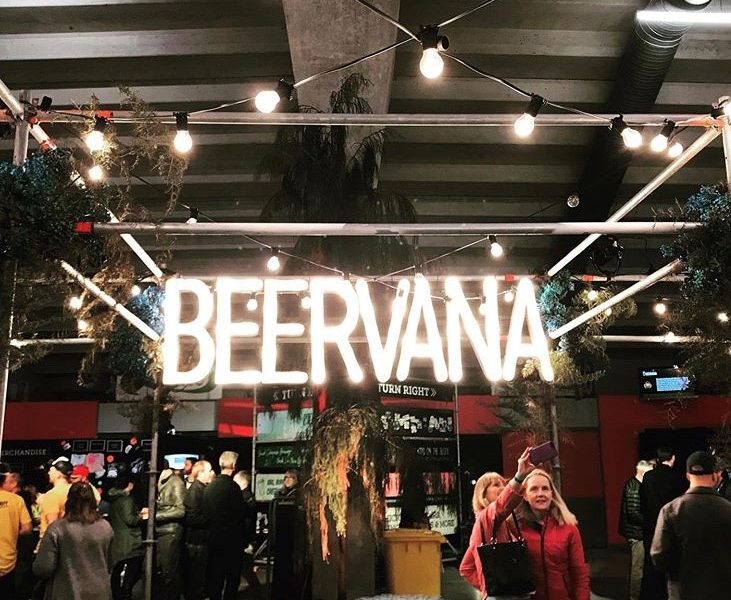 New Zealand’s most popular beer festival, Beervana, hit the windy city last weekend for a wonderful and weird craft beer extravaganza. Any true beer lover knows, this is a not-to-be-missed beer festival. This is where you’ll find emerging beer trends, outrageous one-off festival brews and the chance to try international guest beers. With over 60 breweries in attendance and hundreds of beers to try, Beervana is a beer lovers paradise.

This year’s festival beers were dominated by stouts, a winning style every year, but it was the sours that really stood out for me. Duncan’s Ice Cream Sour was an interesting take on this style with the addition of lactose sugar providing a slight sweetness against the tartness of raspberries. Heyday’s Yuzu Citra Sour was a wonderful juicy explosion of citrus and a welcomed palate cleanser after tasting many a stout. The launch of Urbanaut’s ‘beer blender’ series was an exciting and innovative new release at Beervana. The idea here is to try two separate beers on their own and then blend together to create a whole new beer. I tried the Szechuan Kolsch and Yuzu Sour beer blend which was fantastic. The pepper and yuzu, once blended, worked well together and the idea of being able to try three different beers in on package was exciting.

Now, let’s talk about Garage Project for a moment. The kings of Beervana. They deliver every year and their Beervana disco party this year was no different. From slushie ‘beers’, to a bourbon barrel dessert stout, to hazy double IPA’s, Garage Project always nail it. Their Super Deluxe Bourbon Barrel Dessert Stout, a rich dessert stout rested in bourbon barrels and infused with organic bananas, was a definite crowd favourite. The flavours were right on point however, the sweetness was a little too much for some! Super Fresh, a hazy double IPA and my favourite of the day, was juicy, hoppy and everything you are looking for in a hazy brew. Their slushie festival beers were summer in a cup. Less beer and more slushie, one of these on a hot day is all you’d need.

The winners of Beervana 2019, as voted by the people, were Maple like Jagger by Wilderness Brewing, coming in at number one. A bourbon aged imperial milk stout with jaggery sugar, maple syrup and lactose topped with maple peanut foam. Second place went to Duncan’s Ice Cream Sour, a dessert style sour pumped full of vanilla, lactose sugar and raspberries served on nitro. Coming in at third place, Tiny Rebel Brewing with their Imperial Marshmallow Porter. Tampering with their classic Marshmallow Porter, they added salted caramel to add sweet, roasty flavours and upped the ABV to 9%. Great as a festival beer but far too sweet for some.

One last stand out beer for me was Behemoth Brewing Company’s Dreams of Green Hazy Double IPA. This is by far one of their best Hazy IPAs they have produced. Packed full of juicy hop flavour, this one goes down a treat, and you’d be forgiven for not knowing this was an 8.50% beer!

Beervana was bigger and better this year, as it is every year, and I’ll definitely be returning in 2020 for more.