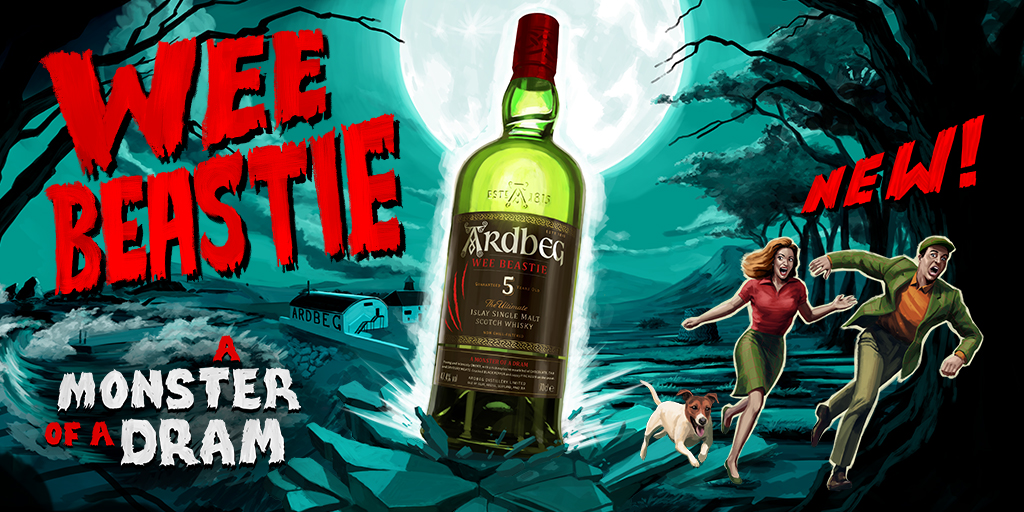 Islay-based distillery Ardbeg are no strangers to experimentation and new bottlings. Every year on Ardbeg Day they dispense a limited edition release to their fervent fans around the world. Additions to their core range, however, are fewer and much more measured. The Wee Beastie 5 Year Old is the newest and feistiest of these permanent extensions.

Matured in a combination of ex-bourbon and Oloroso casks, this Ardbeg sports a younger age statement than many other whisky distilleries would be brave enough to put so prominently on the bottle. But, as Ardbeggians everywhere will no doubt suspect, this is a rare beast in that the relative youth here is heavily tied into what makes each dram of the Wee Beastie so special.

Longtime fans will remember the limited edition releases from the early 2000s – the Very Young, Still Young and Almost There – that tracked Ardbeg bottlings at increasingly older ages and culminating in the 10 Year Old. In addition to giving whisky lovers a look at the evolution of a style, these releases also highlighted that much of what Ardbeg is famous for – smoke and peat in delicious harmony – are heavily on display in their younger whiskies in particular.

The Wee Beastie, bottled at 47.4% ABV, lives up to this lineage and then some. Legendary director of whisky creation at Ardbeg, Dr Bill Lumsden, characterises the whisky as ‘tongue-tingling,’ and notes his certainty that it will prove popular for either ‘enjoying neat or as the mouth-watering main ingredient in a powerfully smoky cocktail.’