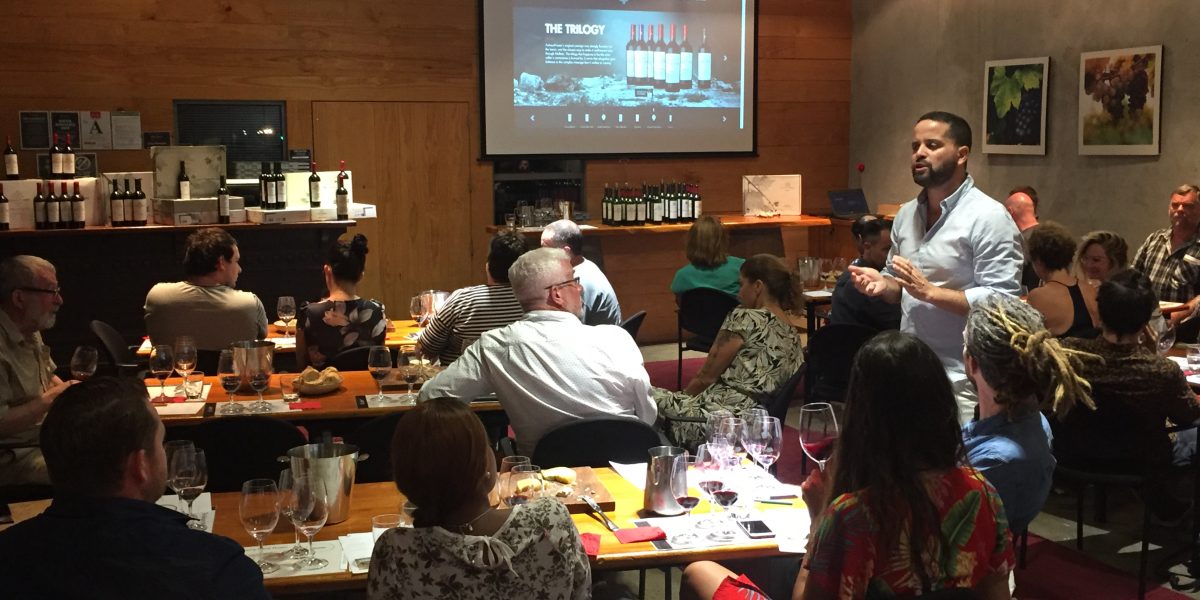 For many serious wine lovers, the top Malbec in the world is made by Achaval-Ferrer. Situated in the best hilltop vineyards of Mendoza, they are very much the first family of Argentinean wine. The winery itself is not that old, being established only in 1998. Their vines however are pre-phylloxera, with an average age of 107 years! These have very high density planting with naturally very low yields, enhanced by Achaval’s dedication to quality. We were very lucky to have their Director Julio Lasmartres here in New Zealand to present these to us. As he puts it, “the status of icon is ‘not something that you can name by your own judgement, but a recognition which can only be given to you by customers, trade and press”.

At the time of their founding, Argentinian wine was mostly bulk or fairly standard dark rich jammy fruit with low acidity and high alcohols. Achaval;-Ferrer changed all that with their debut wine, the 1999 Finca Altamira. It was the first Latin-American wine to ever achieve 5 stars from Decanter magazine. It remains their flagship, the 2010 having won the world’s best Malbec from Wine & Spirits magazine, and the 2009 being one of only two Argentinian wines to ever receive 99 Points from Robert Parker.

Finca means a single vineyard, and these are still irrigated the traditional way, by flooding the entire vineyard through water channels when necessary. This also helps protect the ungrafted vines from Phylloxera. All the vineyards are very high, from Finca Mirador at 700m, up to Altamira at 1100m. The 12ha planted in 1925 sits on a 30cm layer of Volcanic ash limestone. Beneath that is eroded rock, rich with volcanic sediment from the Tupungato Valcano.

In the winery there are no additions or interventions, these are extremely pure wines. Despite having achieved some high scores from Parker, these are a much more elegant and refined style of Malbec than you might have tried previously, a bridge between the old world and the new world. Not surprising considering the French ownership, and their original winemaker being Italian. The style of Achaval-Ferrer is always a balance of ripeness and natural acidity for freshness. Julio described how they usually picked 2 full weeks before most of their neighbours, retaining the acidity and elegance is of primary importance for them. So much so, that some older folk in Argentina claim that the wines are unripe.. We wish would could have such unripeness in New Zealand!

We tasted through the whole range, starting with their varietal expressions, the Mendoza line. Achaval-Ferrer Malbec 2017, Cabernet Sauvignon 2016, and Cabernet Franc 2016. These are incredible value at around $30 and the perfect introduction to their style. We then moved on to the Quimera 2014, a stunning Argentinian Bordeaux blend made from the three prior varieties with the addition of Merlot and a touch of Petit Verdot. The exact make up changes each year, but it is always set around a core of 50% Malbec. We finished with their three legendary single vineyard Malbecs, where it takes 3 vines to produce just one bottle. Finca Mirador 2013 is the darkest and most tannic of the three, planted in 1921 on heavier soils lower down the slopes, this would be perfect with a seared steak. Finca Bella Vista 2013 is incredibly elegant and the most feminine of the three. At 980m elevation it is also their oldest vineyard, now 109 years since it was established with close planted at 6000 plants per hectare. This is so beautiful it is very reminiscent of a fine central Otago Pinot Noir in the mouth.  Finca Altamira 2014 combines the best elements of both the previous wines, it has the power and the elegance in perfect combination. These are absolute must try wines.

View More
All About South America
Next
﻿