For our July 2019 Malt Club, Jak Jakicevich shared the World of Wemyss with those fortunate to attend.

The Wemyss family’s obsession for malt whiskies and the art of distillation, can be found in any one of their highly sought-after drams or gins.

For the first whisky of the night, we discovered the passion that they’ve got for the great spirit inside their independent bottlings, each reflecting the unique qualities of the different Scotch whisky regions and styles. Every release named after the whisky’s reflecting unique aromas and flavours are found within the bottle. We tasted the following Wemyss Independent Bottlings; all very well received…

Next up, the Vanilla Burst, the first release of the Wemyss Family Collection range which is produced from the family’s private collection of maturing whisky casks.

Something from their core range, The Hive, one of three blended malt Scotch whiskies – Rightly so described as “handcrafted whisky noted for its honeyed flavours”.

Peat Chimney Batch Strength 02 was next, and it proved itself as a crowd favourite by selling out at the end of the night.

And finally, hot off the press, the recently released classic example of a lowland malt – Kingsbarns Dream to Dram. Another month, another Malt Club and a big thank you to those who came along to enjoy the taste, the smell and feel of some great whiskies. 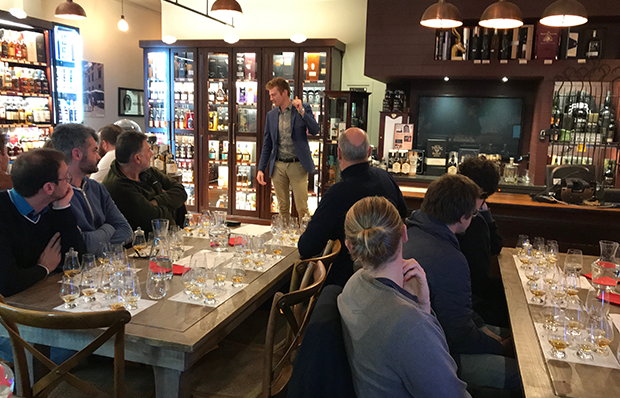